Making the most of little water — with spreadsheets 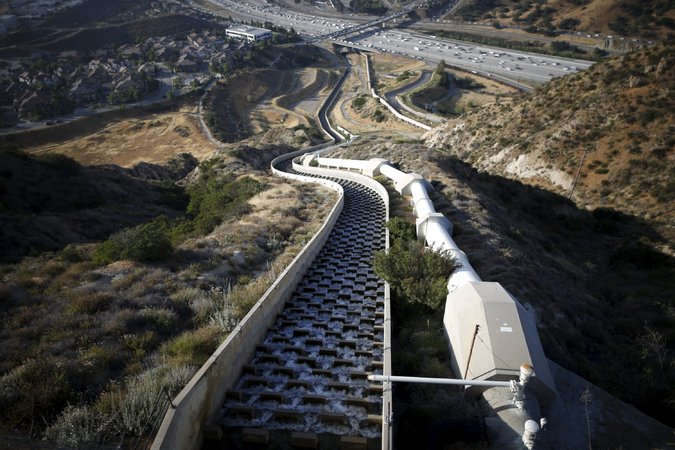 By Jenny Ta and Joshua Viers

It seems inevitable that increasing numbers of California farmers will see their claims to surface water suspended this growing season as the drought persists into a fourth year.

The State Water Resources Control Board said as much Friday (June 12) when it extended drought-related prohibitions on river diversions to irrigators with rights dating to 1903 in the Sacramento-San Joaquin Delta and its watersheds. The order marked the first time California has limited water use for senior water rights holders since the 1976-77 drought.

The prospect of such draconian cutbacks convinced about 200 Delta farmers with priority dates earlier than 1903 they would be better off giving up water before they began planting. In May, they negotiated an agreement with the water board to voluntarily surrender 25 percent of water supplies (from 2013 levels) this June – September growing season.

The UC Davis Center for Watershed Sciences recently developed a tool to quantitatively evaluate these water management options. Working with the Nature Conservancy, we designed the model to assess strategies for restoring populations of native fish on Mill Creek, a tributary of the Sacramento River.

Mill Creek hosts one of the highest elevation salmon-spawning habitats in California and is one of the few streams that still support threatened spring-run Chinook salmon. It winds southwest from Mount Lassen through a narrow canyon until it reaches the Sacramento Valley. Before joining the Sacramento River, the creek flows through the small Tehama County community of Los Molinos, where landowners with senior water rights divert flows to irrigate nut orchards and cattle pasture.

Lower reach of Mill Creek where it flows through Los Molinos and is diverted for irrigation. Source: UC Davis Center for Watershed Sciences

Stream flow is critical to sustaining riverine plants and animals, many of which have adapted to historic flow patterns. These species include the foothill yellow-legged frog, whose reproduction is timed with the annual spring snowmelt, and Pacific salmon that migrate up the Sacramento and spawn in the creek.

Our water management tool is an easy-to-use spreadsheet model that calculates and identifies environmental-flow shortages based on seasonal diversion demands and water management scenarios, such as water exchanges, water-rights purchases and substituting groundwater for creek water.

Water shortages to fall and spring fish passage flows for a critically dry year, 2008 (above) and for a wet year, 2006 (below). Source: UC Davis Center for Watershed Sciences

For example, we analyzed strategies for providing fish-passage flows during the spring and fall migration of Chinook salmon and steelhead trout, species of particular interest to wildlife managers.

The model identified late October as a period of water scarcity for irrigation and fish passage in both dry and wet years. Fish-flow shortages ranged from 1,600 to 2,450 acre-feet of water annually from wet to dry years, as illustrated above.

Our analysis showed that if irrigators left their water in the stream a few weeks during fall migration (late October through early November) — in return for the conservancy availing its share of creek water to irrigators from July to early October, shortages to fish-passage flows would be reduced by about 60 percent. (See table below, under “Agreement”.) If, in addition to the water exchange, irrigators pumped more water from wells instead of the creek, the passage flows could potentially be fully restored.

We did not address all factors that need to be considered in reducing water diversions, such as groundwater-river water interactions, water quality and economic trade-offs. But the tool is a useful first step in deciding how to address environmental water shortages in diverted creeks and rivers. Other salmon-bearing streams such as Deer Creek in Tehama County and the Eel River in northwestern California face similar water management challenges.

Fish-water needs aside, California landowners with senior water rights are on notice this drought year that curtailments are likely if not imminent. Those looking to pre-emptively cut a deal with the state water board, as many Delta farmers did, may benefit from quantitatively evaluating their water management options.

Jenny Ta is a graduate student of hydrologic sciences at the UC Davis Center for Watershed Sciences. Joshua Viers is an associate professor at UC Merced and co-director of the UC Water Security and Sustainability Research Initiative.